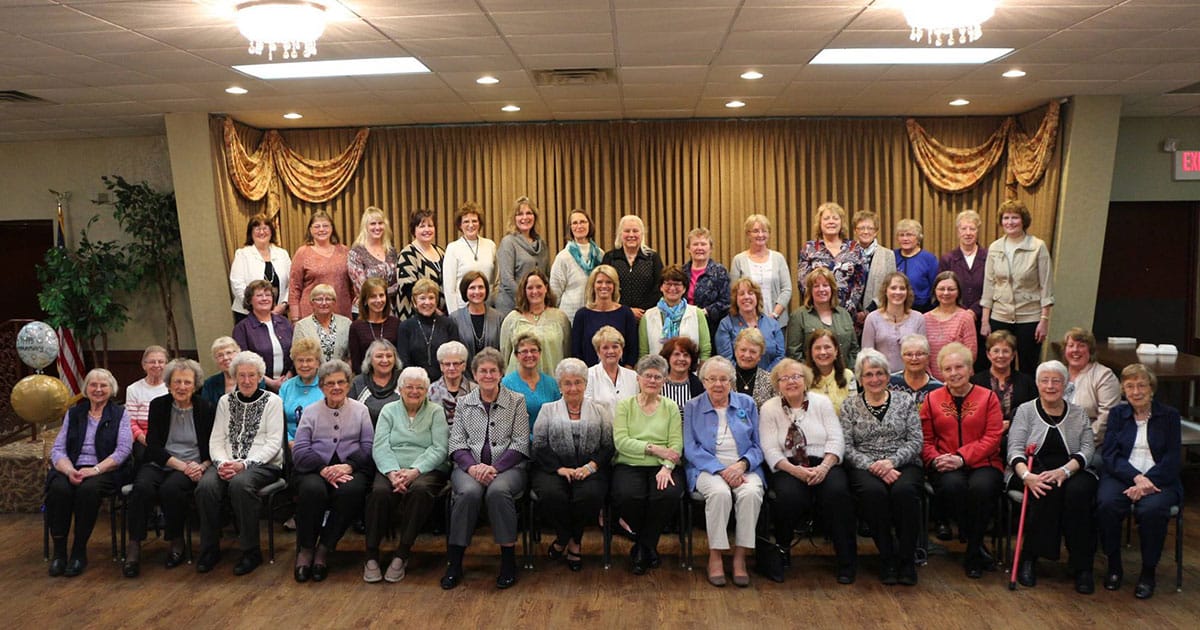 The Knights of Columbus Ladies Auxiliary is a charitable and religious organization for ALL practicing Catholic women.  Non-Catholic KC wives are also eligible for membership.  Dues are $5.00 per year.

1st Wednesday of the month
Most meetings start at 7 pm

More About The Ladies Auxiliary

The Ladies Auxiliary was formed after many meetings starting in Oct.1966 with then council Grand Knight Peter Mastricola. Peter had met with wives of council members to discuss the possibility of organizing an Auxiliary to the council. The first meeting was called just prior to the landing day banquet, which was scheduled as the first activity in the new clubhouse. Another meeting was scheduled in Nov. 1966. Mrs. Jack Hemmann and Mrs. Tom Fox were appointed temporary Chairwomen. Dues were set at 25 cents per member, per meeting. Election of officers took place in Jan 1967. The first president was Lillian Abler. The first formal meeting took place on April 5, 1967.

Today there are over 100 members of the Auxiliary and since that first meeting, the ladies have raised money for their own charitable contributions and they also contribute to the annual tuition assistance program. Over the years the Auxiliary has furnished the clubhouse and the kitchen with needed items. The Auxiliary has decorated the hall during the Christmas season.